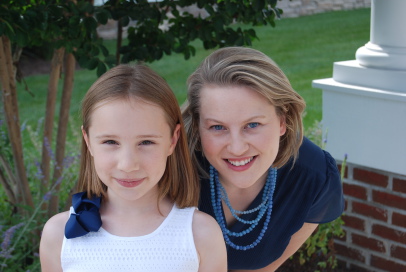 My wife, Laura Larrimore works on digital communications for the Patent and Trademark Office. She has a Masters degree in Communications from Ithaca College and previously worked as the Director of Digital Strategy for the School of Public Health and Health Services at George Washington University.

My sister, Lisa Ouellette, is a professor of law at Stanford University and a senior fellow at the Stanford Institute for Economic Policy Research. Her husband, Nick, is an associate professor of civil and environmental engineering at Stanford.

Since 2017,  I have done volunteer tax preparation through Community Tax Aid in Alexandria. I co-founded and rhelped run Save The Blue Line from 2014-2017, which advocated for service improvements on the Blue Line of the DC Metro system. From 2005-2010 I served on the board of directors of my homeowners association. I also served as president of Cornell's Graduate Student Association for Economics (GSAFE) from 2006-2007.

In my spare time I enjoy working on small construction projects, such building a small shed in our backyard. I also enjoy several athletic activities including golf, racquetball, and basketball. As an avid college basketball fan, I was the manager of Davidson's men's basketball team from 2000-2004 (including their 2002 NCAA-bound team) so I try to make a trip to their games whenever Davidson is playing anywhere near Washington.