Jeff Larrimore is the section chief for the Consumer and Community Research Section at the Federal Reserve Board. At the Federal Reserve, he has worked as the lead economist on the Survey of Household Economics and Decisionmaking since 2014. This survey monitors the financial circumstances of U.S. families, with an emphasis on how low and middle income individuals are faring.

Much of Jeff's research focuses on income inequality, income mobility, and the implications of taxes and public transfers on the distribution of economic resources. His recent research uses IRS tax data to explore income trends in the United States since the Great Recession. His work has been featured in the New York Times, the Wall Street Journal, the Washington Post, and other news outlets.

Jeff previously worked as a senior economist for the Council of Economic Advisers focusing on employment policies and as an economist for the Joint Committee on Taxation estimating the impacts of tax legislation on federal tax revenues.  He received his Ph.D. in economics from Cornell University, his B.A. in economics and political science from Davidson College. 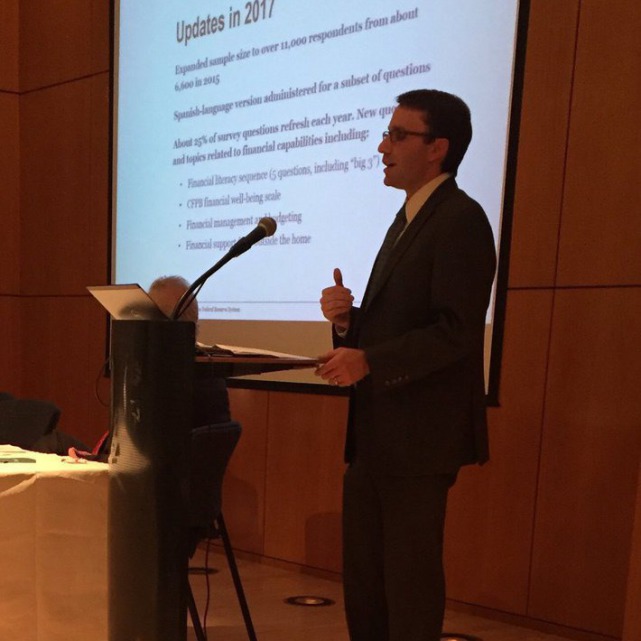